I am developing a methodology of cite-specific workshops in which archival material and architectural literature is performed on the site that it addresses. It seeks to build different relationships where text and architecture is both tool and content, object and site of collaborative discussion.

I take inspiration from dramaturgy and devising to consider modes of narration and elicit collective responses. The workshops are staged on different spaces of the estates where the site becomes an active participant in conversations, choreographing encounter with the building and texts. I rebuild archives in situ, people can decide how to read it, making visible material - personal histories and objects - that they wouldn’t normally have access to.

The first series of workshops took residents of Samuel House on a history of the London County Council designed Haggerston Estate, each embodying one of the six blocks that were named after the heroines of 18th Century novelist Samuel Richardson to interrogate the paternalistic principles and virtuous intent behind this social endeavour.

The second series took a wider group of current and former residents on a history of public housing, each using a different space on the estate to tackle their use and representation over the decades, documenting the changing opportunities for communal interaction and encounter over the decades, and questioning how each room, flat and block was made and is managed in response to a set of ideas about how society works, who does what, and who goes where.

The third and forth iterations of the workshops took place in Ernö Goldfinger's Balfron Tower in the Brownfield Estate, inviting current and former residents of the tower to reenact the regular champagne parties and residents meetings the Hungarian socialist architect hosted in 1968 as methods of gathering empirical evidence during his two-month residency when the estate was first built. These performative events opened a social, discursive and imaginative space for residents to share opinions and experiences and interrogate contemporary regeneration plans before the tower was emptied, refurbished and privatised.

A collaboration as Fugitive Images and with Felicity Davies, Polly Rogers and Katharine Yates. Published in Campkin B. and Duijzings G. (eds.) Engaged Urbanism: Cities and Methodologies, 2016, and Filmer, A. and Rufford, J. (eds.) Performing Architectures: Contemporary Projects, Practices and Pedagogies, 2018. 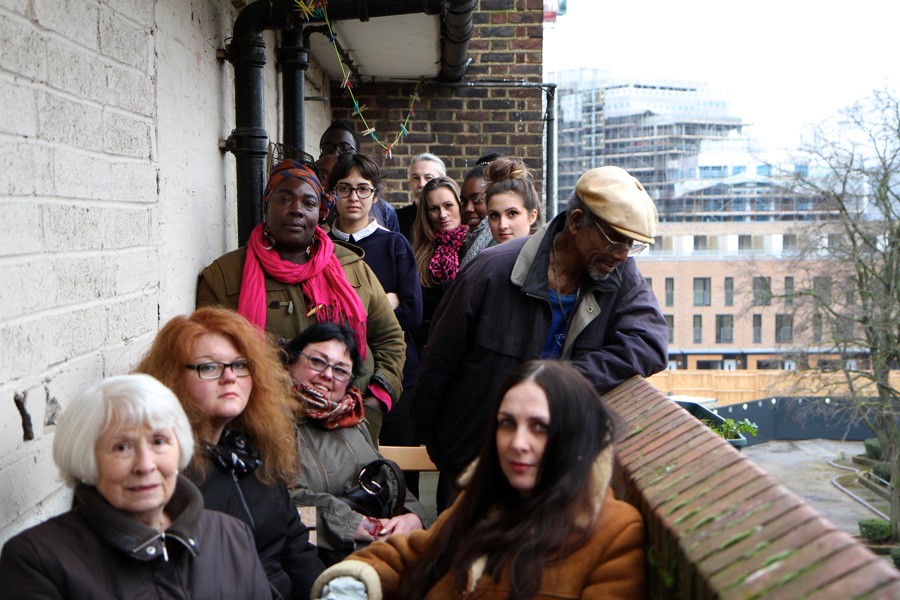 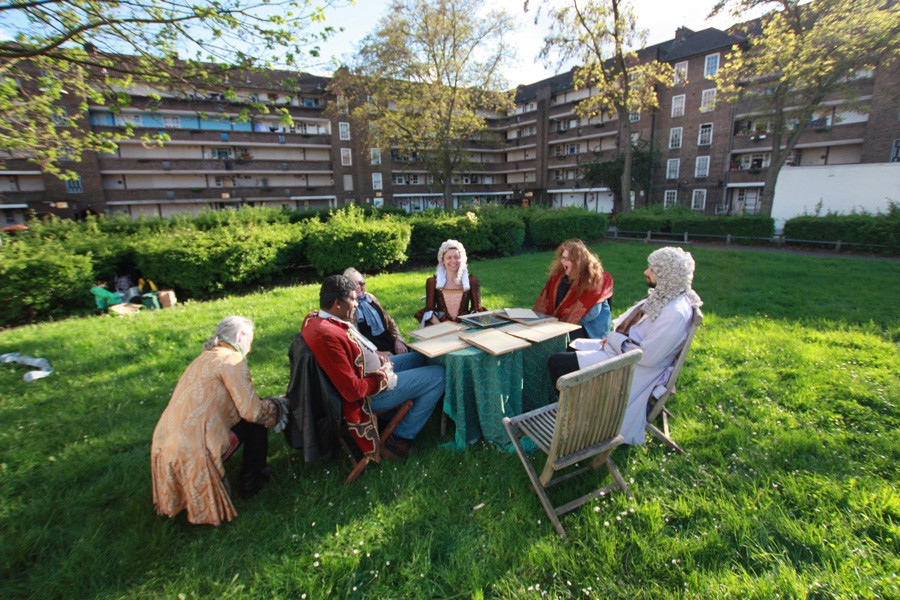 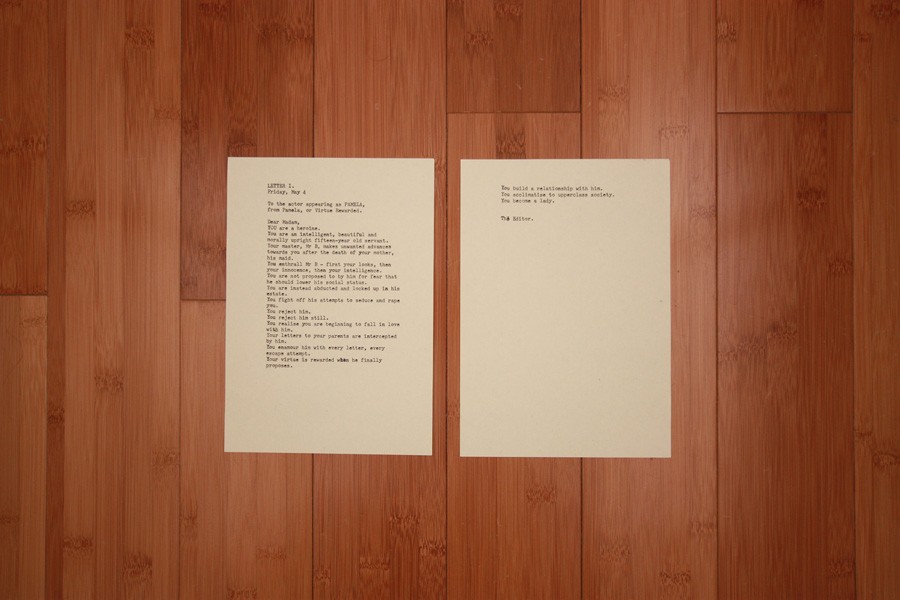 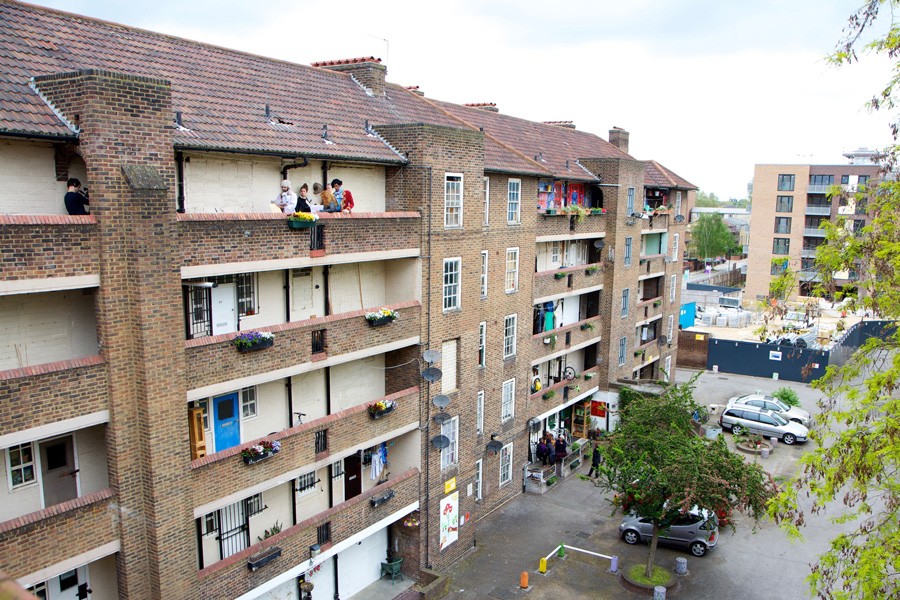 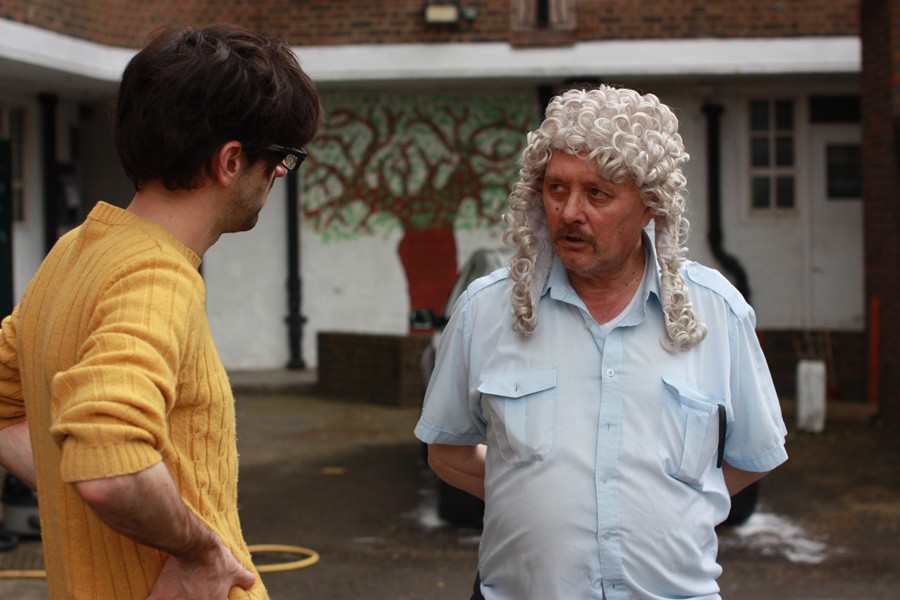 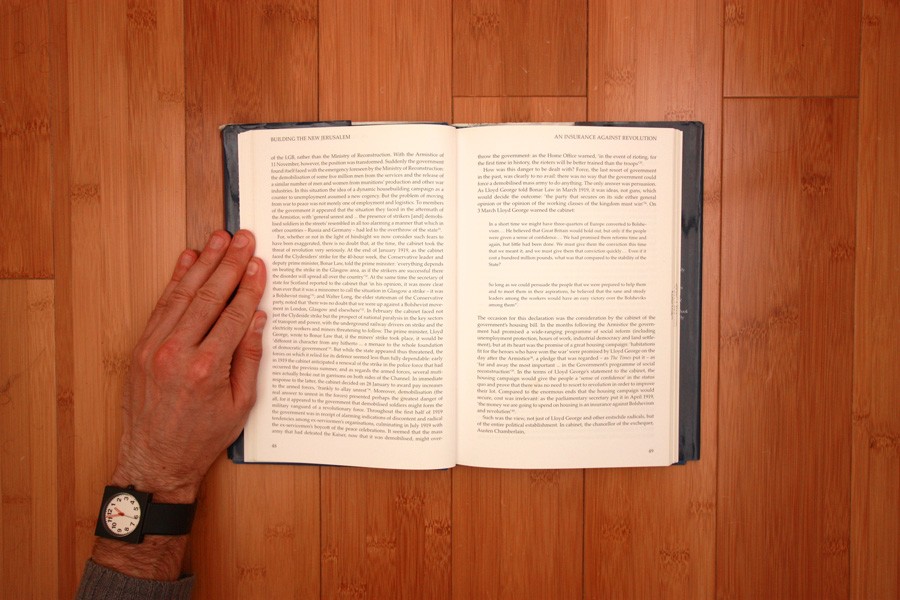 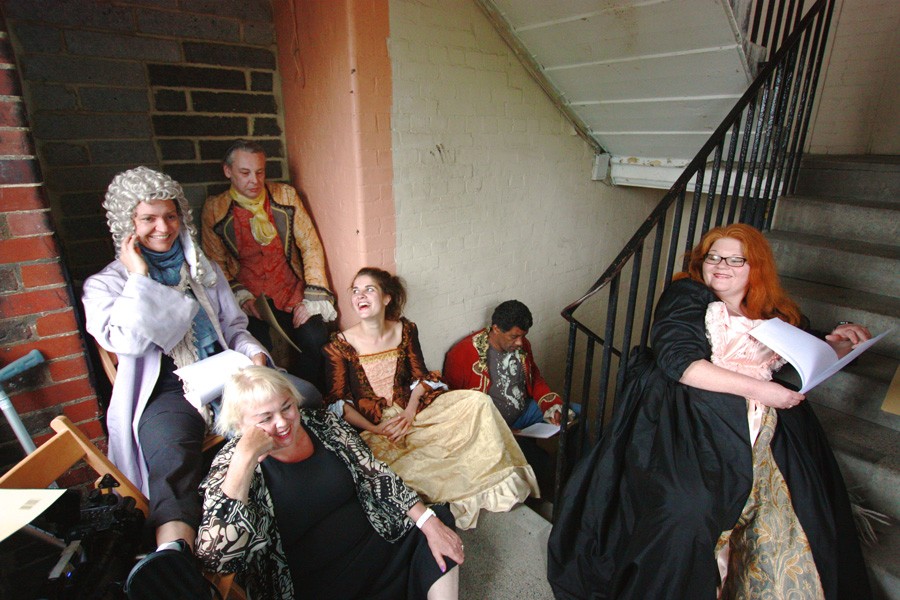 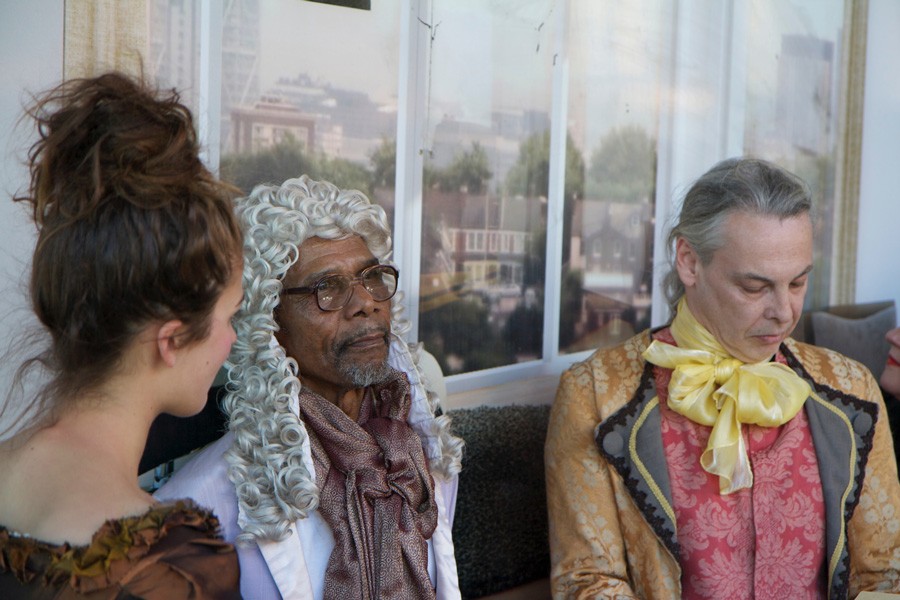 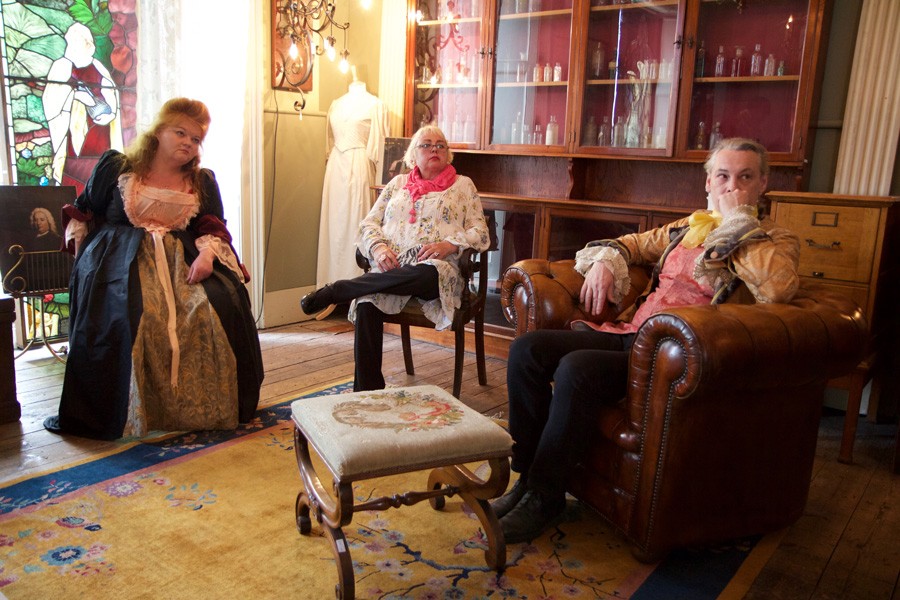 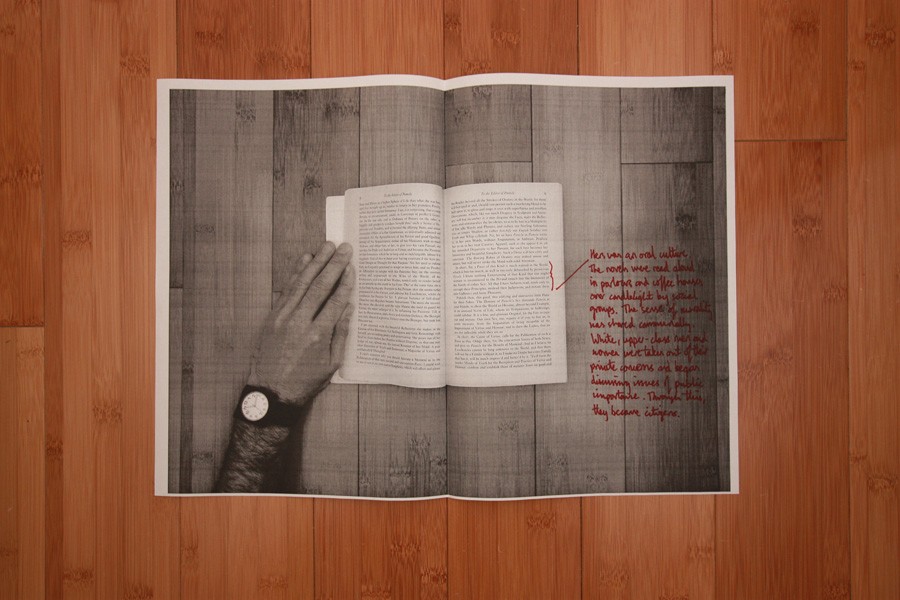 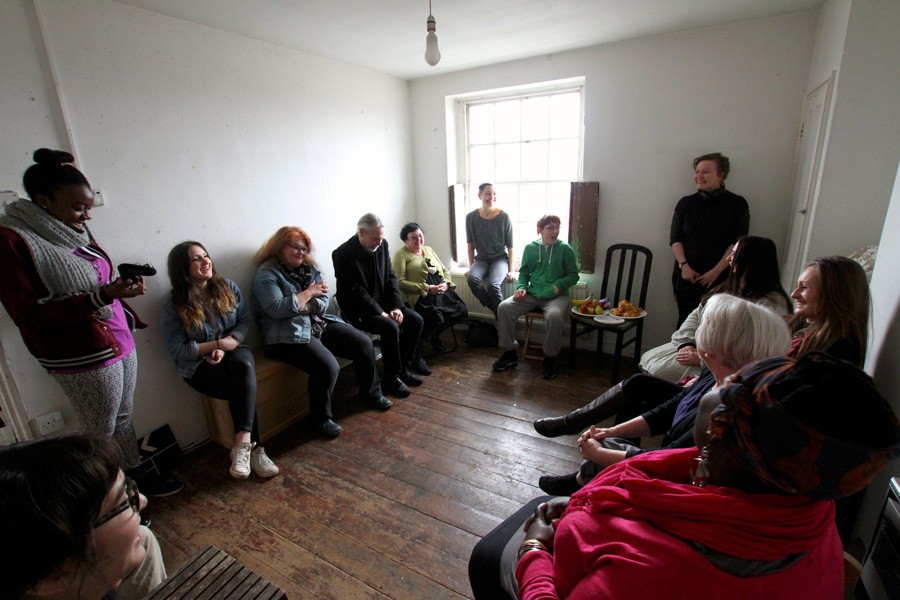 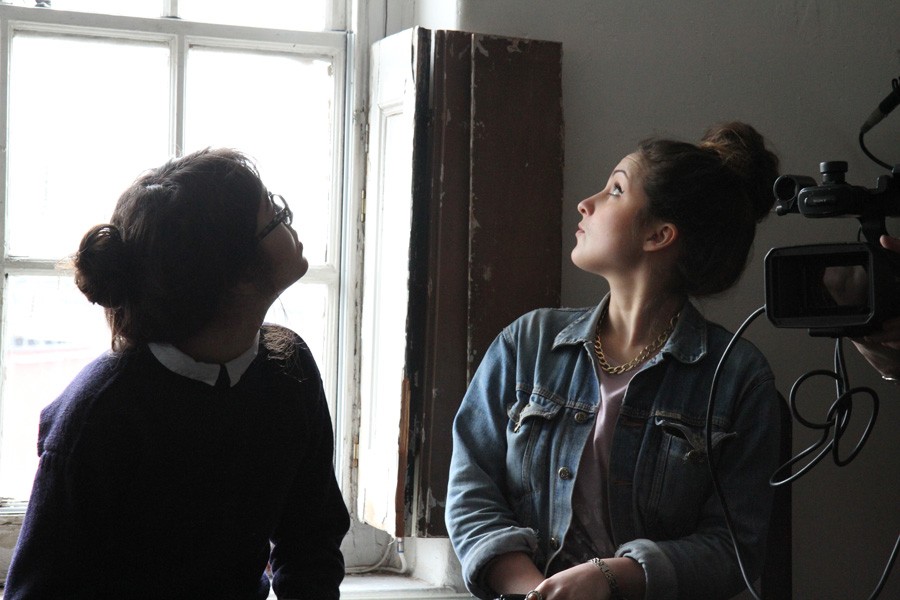 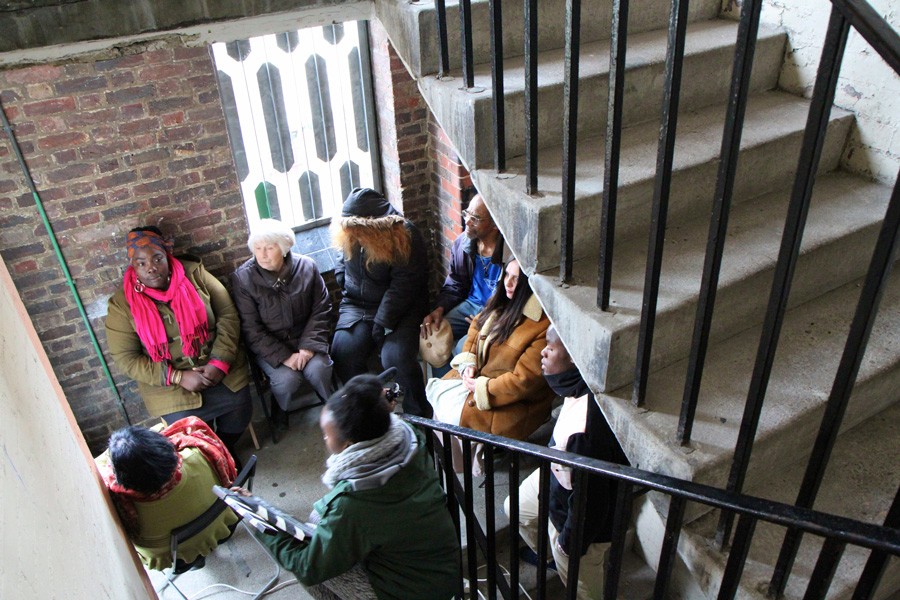 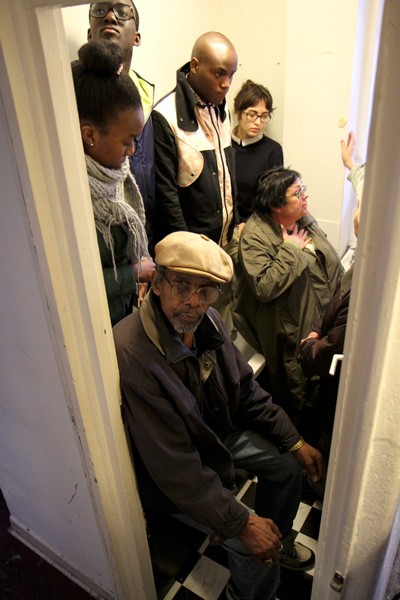 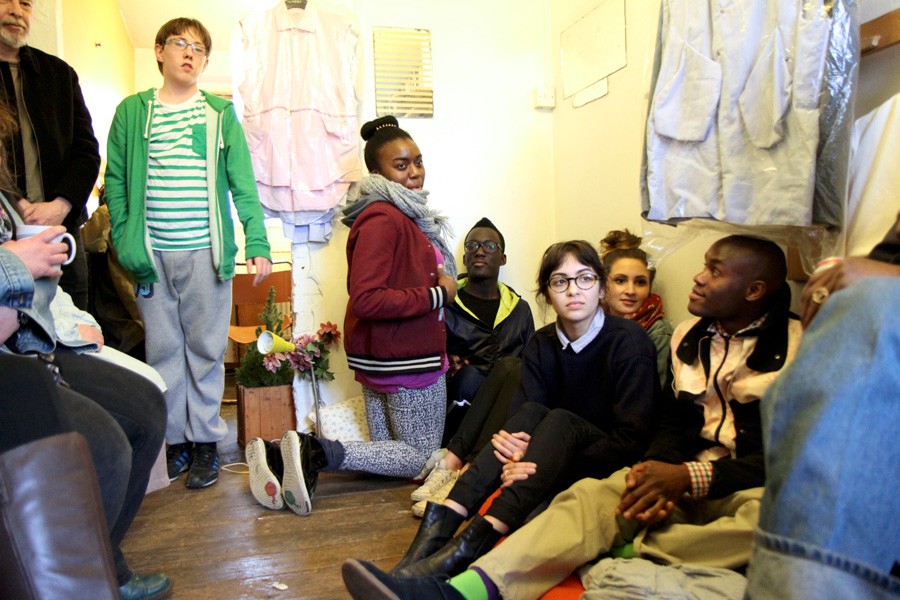 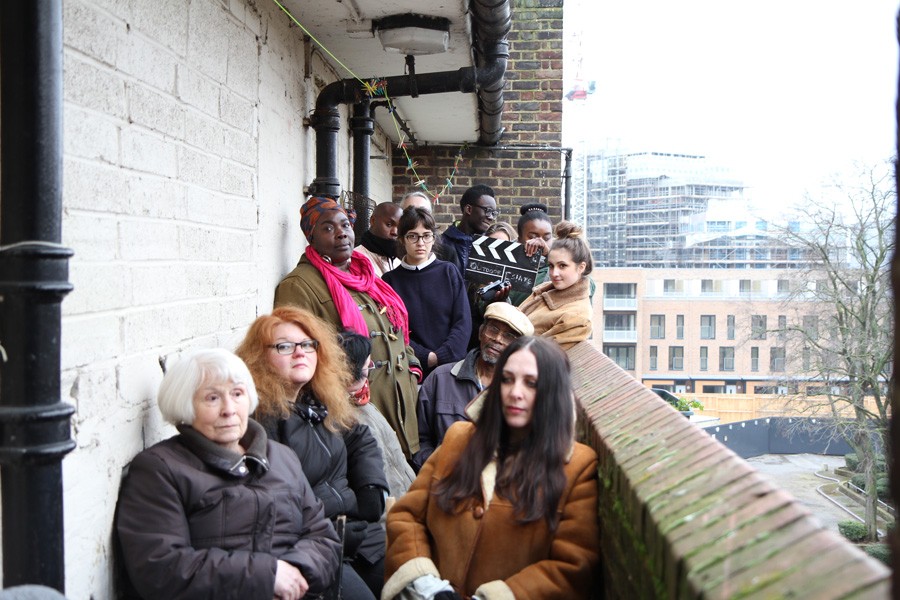